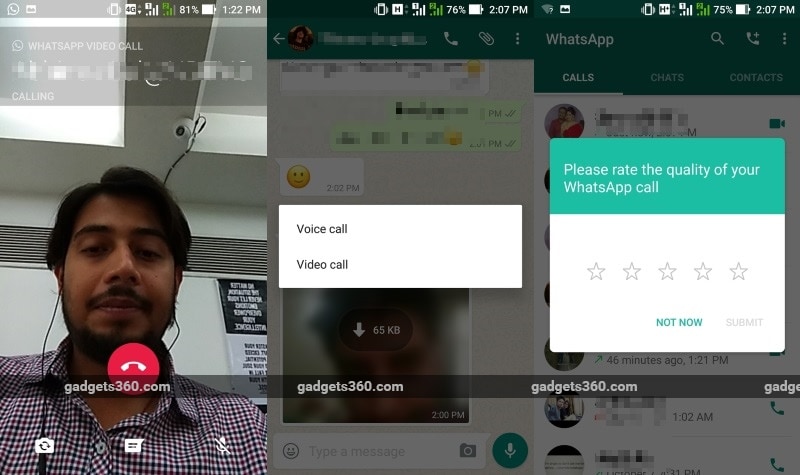 WhatsApp for Android users can now finally enjoy video calls. The latest WhatsApp beta app brings the feature and is currently available to users who are part of the company’s official Android beta testing program. The functionality appears to be working across several beta versions, from v2.16.316 onwards.

The new video calling feature can be accessed via the calls tab. For making a video call, users will have to tap on the dialler icon present alongside the search icon. On pressing the dialler icon, users will get an option to either make a WhatsApp voice call or video call. It’s worth noting that feature will work only when the caller and the recipient are part of the Android beta testing program. In case, the recipient is still using an old version of the app (or is not part of the beta testing program) will get a prompt saying “Couldn’t place call” followed by text, “Couldn’t place call. Recipient [name of contact being called] needs to update WhatsApp to receive video calls.” 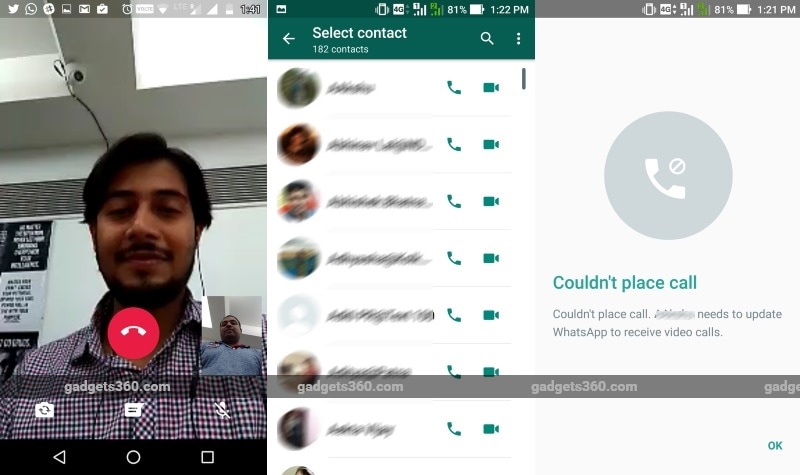 Gadgets 360 tried the video call feature available to WhatsApp on Android and note that the feature works pretty decently in bad networks as well – however, audio is pain point in any kind of network. Notably, several different interfaces are currently showing up for users – some users see the profile picture while making the call, while others see their own live front camera feed when making or receiving a call. While making an outgoing or incoming WhatsApp for Android users can update to beta version v2.16.316 or above to experience the video calling feature. For those interested to check out the video calling feature can sign-up for the beta testing program right away. Some users even on the beta version are not able to try the feature, Android Police reports, and they could try wiping app data and re-logging into the app. However, taking a backup is recommended first. You could also try updating to one of the latest beta versions available – v3.16.318 (via APK Mrrror)

Unfortunately, there is no word when the feature will be rolled out widely to all users. We have written to WhatsApp to check when video calling will be available to all users and will update the story, if we receive a reply.