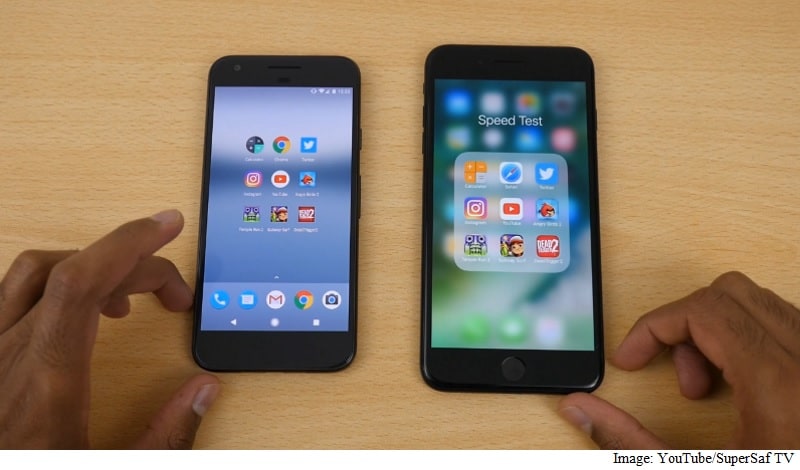 Several speed comparison tests in past have showed Apple’s iPhone coming out on top against almost every Android smartphone in terms of speed of launching the apps and other real-world usage scenarios. However, as per the speed test comparison video between iPhone 7 Plus and Google Pixel posted by YouTuber Safwan Ahmedmia, Google’s offering comes pretty close to matching the iPhone’s speed.

In the YouTuber’s second video, where he performed a speed test for fingerprint scanning, Google Pixel came ahead of Apple’s flagship.

Ahmedmia pointed out that he conducted the test between Google Pixel and iPhone 7 Plus, and not iPhone 7, as both these smartphones have a similar display resolution of 1080×1920 pixels.

These speed tests show that even though Google has made its Pixel smartphones really well, and some critics have even termed Pixel smartphones as best Android phones available, they are still not at par with iPhone. Although, this is just first generation of Pixel smartphones and if Google continues on this path, Apple might get a few reasons to be worried.